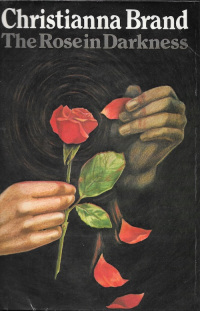 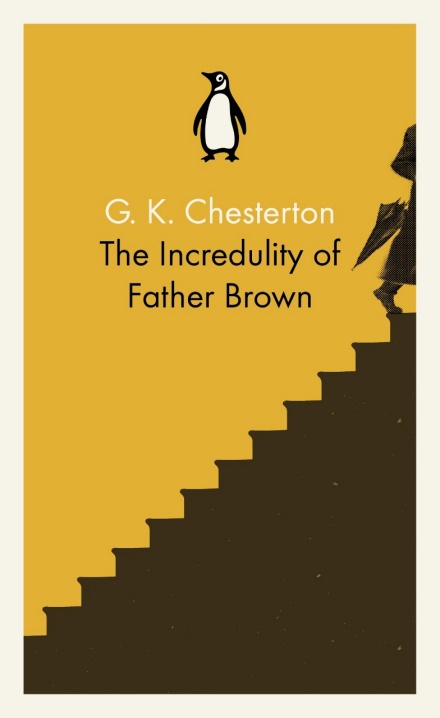 G.K Chesterton is commonly considered to have produced some of the best short stories in the mystery genre. However – I rarely see him reviewed or even praised in this little community and so I decided to look into his stories and see if they really were the stunning masterpieces that many claim them to be. I of course chose the collection of stories that focus on impossibilities, or at least, that’s what I was told and I quickly dived into the world of Father Brown. So without further introduction, let the praising ( or disappointment) begin!

(Please note that I’m looking at these for the mystery, so my ratings are mostly based on puzzle and other components of a detective story, though I will also look at the theology in the scheme of the mystery.)

The Resurrection of Father Brown

Father Brown is living in a small South American town where he is the parish priest. While there, he gains an incredible amount of fame and is seemingly murdered only to later come back from the dead. This story isn’t a mystery, and it’s main theme is disgracing Christianity instead of Father Brown’s “murder”. The solution to his “death” has some interesting ideas and is pretty enjoyable, but this isn’t for mystery lovers.

The Arrow of Heaven

A millionaire hides himself away in a tower after gaining The Coptic Cup, an object that has lead to the death of several of it’s previous owner’s by the hand of a man know as Daniel Doom. Father Brown visit’s his home and discovers him murdered, having been shot by an arrow when it wasn’t possible for him to have been shot by an arrow. This story features the first impossible murder in the collection and it’s quite a disappointment. The idea was likely novel in it’s day but has now been used to death in variation after variation and the story also has a bit of casual racism. The positives are that the millionaires mansion is wonderfully described and a neat twist is revealed with the solution, but the story really isn’t something to write home about.

The Oracle of the Dog

Father Brown is told the story of a murder that was seemingly predicted by a dog. A man by the name of Colonel Bruce walked into a summerhouse and was discovered stabbed, though no one approached him. Shortly before his body was discovered – a pet dog had cried out suddenly, perhaps a sign that he had detected his master’s death, making them the oracle in the title. This is the kind of story I expect from Chesterton. The murder has a very nifty solution that plays with expectations and the clue of the dog’s howl is absolutely gorgeous. Father Brown was known for his understanding of human nature, but this story utilizes understanding of an animal’s nature to create a clue and dispel it perfectly. The character’s themselves aren’t too bad, and the murderer’s identity isn’t that expected.

The Miracle of Moon Crescent

A wealthy man named Warren Wynn magically disappears from his rooms and is found hanging in a tree far way from the origin point in the course of a few minutes. This is combined with the odd clue of a man shooting into a wall and the growing superstition of a small group to create what is perhaps the best story in this collection. The clue of the shot is on an equal level with the dogs howl in the previous story and instead relies on the opposite principle – human nature. The bizarre impossibility is given a fantastic solution and the ending reveals an interesting motive that I don’t think I’ve ever encountered before. Chesterton is really starting to pick up the pace and live up to my expectations.

The Curse of the Golden Cross

The story that breaks the chain of grand successes, featuring a cursed object and a man hunted due to his possession of it. The curse and it’s history is handled nicely, but the story drags in some places and I couldn’t help but be confused with part of the explanation until I reread a certain passage several times. The beginning of this is very good but the story never regains the same level of quality and is only held afloat by the solution having several decent aspects to it. I may go back to this at some point after further reading of Chesterton, but that is a long way away.

The Dagger with Wings

Please forget what I said about Moon Crescent, this is the true masterpiece of the book. It starts with Brown being told of a case in which a man died and left his inheritance to his adopted son – a man named John Strake only for that inheritance to be disputed by his other sons and leading to them winning the fortune back from Strake. Strake is naturally furious and claims that he will murder all three of the brothers, a task that he has nearly completed as two of the brothers are already dead. Brown is asked to visit the home of the final brother and does so, hearing the man’s tale before that man locks himself in his study and seemingly kill’s Strake outside the house by shooting through the window. The catch however is that Strake left no footprints in the snow surrounding the house.  The atmosphere in this is superb and while the impossibility in this is minor, with an average solution that isn’t particularly masterful, the story’s main strength is the culprits identity and the clues leading to Father Brown’s conclusions. The culprit has a surprising reveal that is very unexpected and the clue of the coatrack is one of the most horrifying things I’ve read about in detective fiction. The theology in this is also quite sound and this certainly is in the running for best Father Brown story ( The Sign of the Broken Sword being right next to it)

The Doom of the Darnaways

Another curse is uncovered, though the object it is imposed on is immaterial ( being a entire family). This story is absolutely wonderful. The atmosphere is gorgeous and it’s filled with lovely descriptive sentences and paragraphs that fully enhanced my reading experience. The solution to the death caused by the curse is a very old trick that is disappointing but the dressing around the death is excellent and the killer is a complete surprise. Some very good theology surrounds it as well, and this is the last great story in this book.

The Ghost of Gideon Wise

Three Bolshevist’s seemingly murder three millionaires in one night, and Father Brown takes to defending one of them as they are very likely to convert to Christianity. The alibi provided in this tale is actually quite good, but it’s not amazing and it reuses a plot twist that Chesterton already used – lowering my opinion of the story as a whole. Lot’s of ideology and values about various schools of thought here, but I didn’t really care for much of it.

After reading this collection, I can see why Chesterton is adored and also ignored or disliked. He can write very good detective stories with characters and puzzle but he mainly focuses on using the short story as a medium to express his views on religion and his ideals. While his plots are usually brilliant, but they can be stifled by his philosophy and verbose writing style which make some passages and even stories hard to decipher. These stories are mostly good, ( excluding a few duds) and I had a very enjoyable time with them. A 3.75/5 from me!

The Other Opinion ( and much better written for the matter) :

The Grandest Game in the World